Do you know these Famous Land Surveyors from history?

Surveying is not just an old profession; it is also a highly-respected profession. With surveyors being so instrumental in the measurement and recording of the very ground that we walk upon, there have been many across the centuries that have aspired to join the surveying ranks – particularly during eras of great exploration.

It comes as no surprise then that some of the most famous names in world history were at one time or another associated with surveying. In fact, many worked as surveyors throughout their entire lives. If you are considering exploring the world of surveying further, it is well-worth discovering which famous figures you could soon be sharing a profession with…

A mountain of a man

Everest is more than just a mountain. Before the mountain came the man. 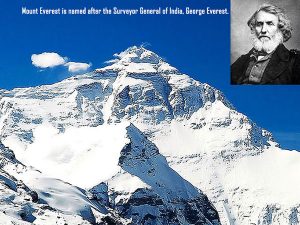 Sir George Everest’s history with surveying was so mammoth that he was the man they chose to name the world’s highest peak after. It’s no wonder how they came to make that decision, either: across his career, Colonel Sir George Everest surveyed nearly all of the meridian arc from the southern point of India north to Nepal. He was a major figure and leader in the Great Trigonometrical Survey, the attempt to measure the whole of the Indian subcontinent with complete precision. On top of all that, he was named the Surveyor General of India in 1830 and served in that post for 13 years before retiring.

Famously, Everest said that his name should not be used for the peak for which he is linked to nowadays; he argued that his name was not easily written or pronounced in the Hindi language. 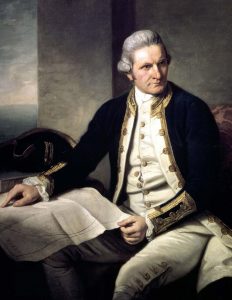 Captain James Cook – a name every Australian school student hears over and over again during their studies.

One of the most famous explorers of all time, known particularly in Australia for leading the first British ship to land on our country’s eastern coast at Botany Bay. His skills as a navigator and explorer no doubt came in handy whenever he turned his hand to surveying and cartography.

Amongst his most significant work as a surveyor, he charted the coasts of Newfoundland and the mouth of St Lawrence River. In fact, it was his sterling surveying work that brought him to the attention of the men who would eventually charge him with leading his first voyage of discovery.

Of course, Cook was not the only explorer or pioneer known for their surveying prowess. On the American frontier, Daniel Boone – the Kentucky frontiersman and American folk hero – was famed for mastering the art of surveying without any formal schooling,

A trio of American presidents 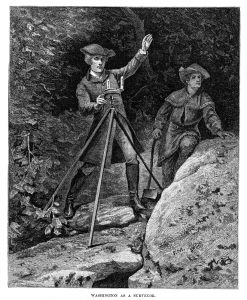 Daniel Boone isn’t the only famous American historical figure tied to the world of surveying. In fact, three of the most famous men to match that description are here to round out our list.

Firstly, appropriately enough is the very first President of the United States of America. George Washington. Always the outdoorsman, Washington started his surveying career at the ripe old age of 16, and then official county surveyor of Culpepper County at the age of 17. Not bad for such a young man, but he proved his mettle by playing a major part in surveying the land westward across Virginia, putting his name to 199 survey maps in total.

The second member of the trio was Thomas Jefferson. Before going on to become the third President of the United States of America, Jefferson was the Albermarle County surveyor – also in Virginia. From 1773 to 000 he made his mark on the land. He would go on to be the man who sent the famous Lewis & Clark on their trek, the Corps of Discovery Expedition.

Finally, who else could the third American surveying President be other than arguably the greatest: Abraham Lincoln. Long before stepping into the role as the 16th President, Lincoln started out as a self-educated man. Working at as a postmaster and a storekeeper as he studied law and, yes, surveyed land, he began to build the foundations for what would be a most consequential career.

This guest blog post was written by the team at A Life Without Limits  They’re awesome, and you can learn more about them here.